It's deflating because if you squint, you can just about see the shape of something radical through the tissues of a spin-off seemingly knocked out to hold the fort while Far Cry 5 gestates: a hunting sandbox that mixes Ubisoft Montreal's knack for accessible tactical combat with the stringency of a true-blue survival sim, and which turns Far Cry 3's love affair with clashing AI variables into a game about mastering an ecology. When night falls on the rolling temperate landscape of Oros, wolfpacks can be seen ghosting through distant glades, strafing herds of deer.

Bears wrestle over territory. Jaguars are speedy, writhing silhouettes in the tall grass, dangerously easy to miss. Click and hold right stick to activate the obligatory magic vision mode, and you'll see scent trails left by rarer beasts, the creatures whose pelts you need for the choicest caveman apparel, but even without such contrivances, you can make out the eyeshine of an advancing sabretooth, and the blood spatter left by a savaged wild boar. Providing, that is, you don't rush. Ubisoft's open worlds are designed to keep the player in perpetual motion, their emergent quests and oddities forever tugging at your elbow.

Constructed as it is around stalking the wildlife, Primal leaves more space for quiet appreciation.

But then you open the inventory screen, and normal service resumes. The world map, undersized by the developer's standards but good for around 20 to 30 hours of play, blooms gradually amid the fog of war as you push out from your base to the east, capturing settlements and bonfires - this year's radio towers - while zeroing in on the endgame missions to north and south.

The inventory is a gigantic maw howling to be placated with herbs, wood, leather and rock, such that traversing the undeniably majestic landscape becomes a deadening exercise in jogging from one resource drop to the next. The skills tree is the same balance of active and passive, from unlocks that double your arrow-crafting capacity or speed up health regeneration, to unlocks that allow you to tag enemies, run while crouched or string together assassinations.


All the abilities are as enjoyable to wield as ever - there's nothing I like better than to tail a pair of rival hunters, wait for a lull in the conversation, then spear one guy in the rump and bean his friend with a throwing dart in the same movement. But having to laboriously re-acquire the set for the third time over, a few millennia before the birth of Jason Brody, seems a more than usually sad waste of a timeframe. I'd call it reinventing the wheel, but the wheel hasn't been invented yet. 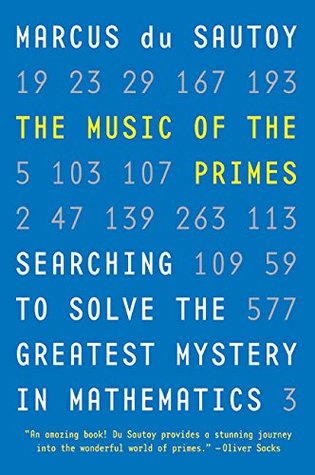 There are, of course, a few new tricks and tools for the pile, chief amongst them the ability to tame animals. But first, the story. Ubisoft has gone to some lengths to weave an authentic script, bringing a pair of linguistics professors on board to craft two distinct languages for Primal's three vaguely North European tribes.

You can even buy a phrasebook with certain editions of the game. It's an impressive achievement - and a provocative constraint for a series that goes in for hectic monologues, because what it boils down to is sentences no longer than five words, in which everybody uses the present tense and only a privileged few deploy the definite article. The first-person cutscenes are executed with their usual, demented vigor - you're continually being grabbed or molested by loudly dressed screwballs and having disgusting objects shoved under your nose - but there's little room for the customary pontificating on morality and politics.

It's all "go here, whack this, pick up some resources on the way home", and the plot is equally spartan. Your task as bearded avenger Takkar voiced, a bit hilariously, by Elias "I didn't ask for this" Toufexis is simply to found a settlement and nurture it, recruiting villagers via both story and side missions, and getting Neolithic on various warlike neighbours. It's not a framework that allows for much character development: you start out a tough, capable caveman and end the game a somewhat tougher, more capable caveman with a bigger rucksack.

Takkar's impersonality doesn't bother me that much, following Ubisoft Montreal's experiments with Brody and Ajay Ghale, but I wanted to know more about his antagonists, the fire-worshipping Izlia and cannibalistic Udam. They have their reasons for encroaching on your turf, as you'll discover during the inevitable drug-fuelled hallucinatory episodes, but they're extinguished before they have a chance to get interesting. Another not-quite-developed thread is hunting and taming, though this is definitely the part of Primal that does most to earn the price of admission.

It begins with your arsenal, a selection of bows, spears and clubs backed up by throwables such as poisoned darts that send enemies berserk, and pots of bees for use against close-knit groups. The weapons may sound underwhelming on paper but there are a few fun ramifications. One, Takkar can't carry as much ammunition as his predecessors you only have room for a couple of spears at the outset , so fighting at range is more considered, a real question of picking your moments.

Two, bows, spears and clubs have relatively long wind-up and recovery periods, which creates a pleasant amount of stress when taking aim at a charging rhino. And three, all of your primary weapons are flammable.


As always in Far Cry, setting an entire village on fire is an elegant and often accidental solution to the problem of dug-in resistance. Fire is also used to deter predators, but the safer gambit is to recruit a predator of your own. Taming, Primal's headline mechanic, comes into force early on and is very straightforward. You simply craft and toss a lump of bait before the creature spots you, then approach while it's eating and shush it insistently by holding a button, whereupon the poor thing will obey you till death.

For some of us, the next day begins at 7am with the clink of the breakfast table being laid, the smell of fresh coffee and homemade apple pancakes. Others have been up since dawn, three hours earlier. Each spring they arrive from Asia and Africa to find the landscape little changed, even amid human catastrophe. Poland endured the worst horrors of the second World War, and reminders are not hard to find.

In Bialowieza forest, simple wooden crosses stand in memory of Poles who were executed there by the Nazis, and bullet holes scar the red-brick post office in Bialowieza village, a former Gestapo headquarters where local people were tortured and killed. Near the town of Jedwabne, where Poles murdered hundreds of their Jewish neighbours in a notorious pogrom on July 10th, , narrow lanes lead to a beautiful vista that is like a window on another time; so lie the layers of landscape and history, man and nature here.

As we look over lush fields and fens by the Biebrza river, dark shapes come snuffling into view — three, five, eventually 10 wild boar are feeding; then three elk appear, lazily grazing on the long grass, as eagles and storks wheel overhead. This richness results from a light human touch over centuries and millennia, not the timescales of balance sheets and election cycles.

The cure, government and forestry officials insist, is to expand logging in the forest to remove affected trees before the beetle spreads further. Critics, including Polish and international experts and conservation groups, see a moneymaking scheme cloaked in a convenient misunderstanding of ecology. Naturalists regard the surge in beetle numbers as part of a cycle, which over time will be countered by a rise in birds and other insects that will eat the beetles.

And as the weakened spruce trees die and fall, they enrich the habitat for plants, fungi and other creatures, and clear space for young trees to come through. But such a long-term view offers no comfort to foresters and officials in three districts of Bialowieza who have nearly filled their year timber quotas in just four years. Only more logging will keep cash coming in.

These areas are outside the national park, but experts fear a fatal fragmentation of the Bialowieza ecosystem that now supports 20, species, including big predators that can roam over hundreds of square kilometres. Heading back for breakfast after a dawn walk, having seen red deer feeding on the forest floor and a rare pygmy owl preening in the treetops, Lukasz Mazurek tells us about a recent lynx sighting nearby. He is dark grey, with brownish ears and legs, and a pale, bushy tail tipped with black.

He gives us one glance, trots across the sun-dappled road and slips away through the trees. In a moment he is gone — a lone wolf vanishing into one of our last primeval forests, and proof that there is wildness still in the ancient green heart of Europe. Dan McLaughlin was a guest of Wild Poland wildpoland. Dan McLaughlin. Bison in the Bialowieza Forest in eastern Poland.

Sponsored A clandestine Christmas market adventure awaits the fortunate few who gain entry. The story of Irish whiskey is the story of Irish Distillers. Find your top luxury travel destination for AeroCool's W PSU is the best companion for a system of this type, it's 80 Plus Bronze certified showing its strong green credentials. With modern components drawing less power this Power Supply Unit will be able to power the latest components quietly, efficiently and reliably.

Included is the latest version of Windows 10 Operating System, installed and ready to go! With release of Windows 10, the Start menu is back and Microsoft has managed to satisfy many different types of users - PC gamers, console gamers as well as mobile and tablet users.

After listening to feedback from millions of users and taking into account our rapidly evolving usage of technology, the latest version of Windows has had a great response and addresses many issues encountered with previous versions. More Information. Only registered users can write reviews.